Fans shared divergent views on social media platforms especially twitter following the epic and blunt diary session of Omashola, one of the housemates of the ongoing reality show BBNaija.

News Agency of Nigeria reports that the 38-year-old model previously caught viewers attention for sharing an emotional life story and breaking down on Wednesday.

He however, switched into humour during his diary session, holding a blunt interaction with ‘Biggie’.

Oritsejafor, Matriarch of Word of Life Bible Church (WLBC) and Wife of Former National President of Christian Association of Nigeria (CAN), Ayo Oritsejafor, made the call at a news conference on her book signing tour, on Friday in Abuja. She observed that America and Europe uncovered solutions to ....

Ruga will lead to another civil war —Ex-Biafra/Nigeria soldier

A former Nigerian and Biafran soldier, Colonel Emmanuel Nwobosi, on Friday warned President Muhammadu Buhari that an attempt to enforce Ruga implementation may lead to another civil war in the country.

Nwobosi, who was one of the officers that truncated the nation’s first republic in the January 15, 1966 coup, while speaking with newsmen said President Buhari had failed to manage the nation’s affairs better.

He further warned that the planned settlement of Fulani herdsmen across the country, otherwise known as Ruga would surely set Nigeria ablaze, or bring it to its knees.

“The thing is that they said that if you don’t learn from the history of war of the past; something will repeat itself.....

When your enemy hungers, feed him: The new narrative in Ekiti

He and some other appointees of the Ayodele Fayose administration were recently astounded as they received their outstanding entitlements from Governor Kayode Fayemi. “We are most delighted for an avenue like this. I must confess that this opportunity we are having today is very uncommon,” Odeyemi said in acknowledgment of the changed narrative in Ekiti State. The practice of yore, especially with the immediate past administration was to cast aside the entitlements of appointees who were not appointed by the administration. Their entitlement as it was believed turned into bad debt.

“When a new governor or government comes on board, what they usually do is to remove members of commissions and boards appointed by ....

Ex-American footballer lost leg after being shot by dog 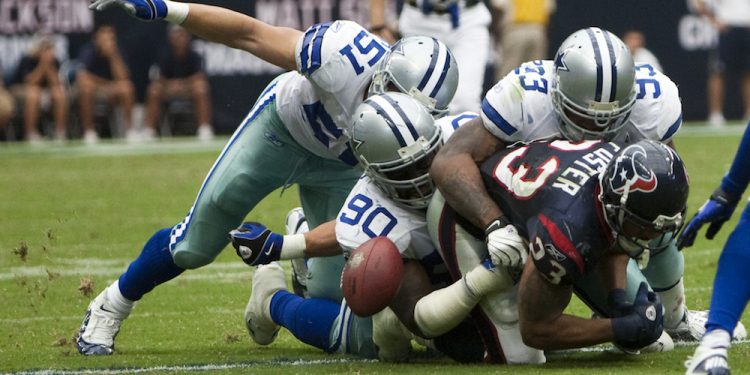 A hunter and former American footballer who lost his leg after being shot by a dog has said he is “just happy to be alive”.

Matt Branch, who played as a lineman for Louisiana State University, lost his limb while preparing for a hunting trip with friends and family on the morning of 28 December near the city of Monroe.

The Federal Airports Authority of Nigeria (FAAN) has suspended indefinitely, the Aviation Security Unit Heads who were on duty when an unidentified man climbed an Azman aircraft at Lagos airport on Friday morning.

Passengers aboard a Port Harcourt-bound Azman Air flight were thrown into panic on Friday when a man climbed the aircraft while it was about to take off at the Murtala Muhammed Airport, Ikeja.

According to a viral video shot by one of the passengers in Lagos, the man....

The flight of pilgrims from Nigeria to Saudi Arabia for the 2019 Hajj entered its 11th day on Saturday with 13,107 already in Madinah for the yearly religious exercise.

A statement from the Command and Control Centre of the National Hajj Commission of Nigeria (HAHCON) disclosed that 27 flights had been carried out in the exercise so far.

The commission said the exercise continued on Saturday with Medview VM 1035 aircraft leaving Kaduna at 4.38 a.m to Jeddah with 428 pilgrims on board.

Nigeria striker Odion Ighalo announced on Saturday his retirement from international football after winning the Golden Boot at the Africa Cup of Nations.

"It's been an amazing 5 years journey, but after the due consultation and extensive discussion with my family, I have decided it's time for me to retire from the national team," Ighalo said in a statement.

"It's been an eventful and most memorable opportunity to serve my country with pride, passion and contribute my quota to the development of our football.<....

The katsina State Government plans to engage the state branch of the Nigerian Labour Congress, NLC, on the National Minimum Wage issue to find an amicable solution between labor and the administration

The State Governor, Aminu Bello Masari, stated this when he received the new leadership of NLC in the state.

The Nation recalled that Katsina was among the states that successfully implemented the last minimum wage increment from N7500 to N18, 000 despite disagreements at the initial stage of the negotiations.

The workers are therefore optimistic that the state government will not go into long drawn negotiations on the national minimum wage issue, this time around, thanks to the existing cordial industrial relations ....

The Presidential Election Petition Tribunal sitting in Abuja, on Friday, gave the Independent National Electoral Commission, INEC, July 29 to open its defence in the petition challenging the declaration of President Muhammadu Buhari as winner of the February 23 presidential election.

The Justice Mohammed Garba-led five-member panel gave the electoral body the nod to commence its defence, shortly after the Peoples De....

The Presidential Election Petition Panel on Friday heard how the Chairman of the Independent National Electoral Commission (INEC), Prof. Mahmood Yakubu confirmed the existence of the controversial server allegedly used by the commission in the 2019 Presidential election.

AI vs. AI: This Neural Network Can Spot DeepFake Photos The world is baffled over deepfakes, that is, AI-manipulated photos/videos. A recent app called DeepNudes, which used AI to ‘undress women’, stirred huge controversy and was soon taken down by the creator.
We’re entering a new era where DeepFakes will be common and if means are not invented to control them, it will be a menace. On similar lines, researchers at the University of Cal....

Buhari to Herdsmen: Remain where you are, ignore NEF’s unauthorised quit order

President Muhammadu Buhari has enjoined all Nigerians to ignore the recent call by the Northern Elders Forum (NEF) to Fulani herders, asking them to leave the southern part of Nigeria.