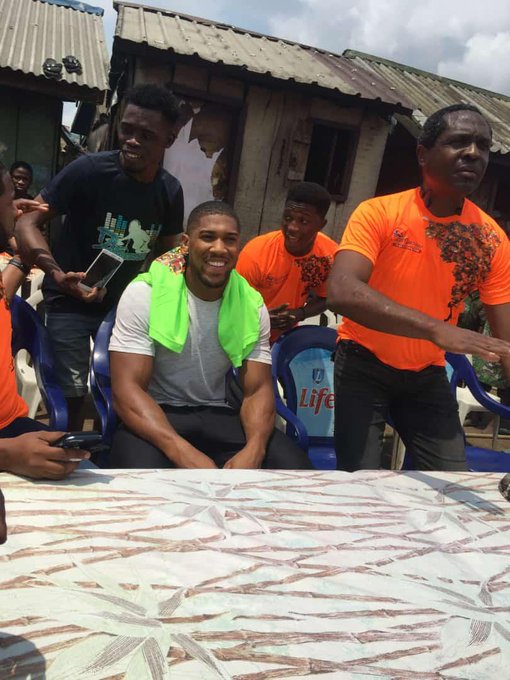 British and Nigerian professional boxer Anthony Joshua is currently in the country and has been spotted in Lagos on Saturday, July 13, where he met many people. Some of the places Anthony Joshua went to is the popular Lagos slum called Makoko and also visited the National stadium in Surulere. Nigerians were happy to have seen Anthony Joshua in Lagos as many took pictures with the 29-year-old boxer. Anthony Joshua was also saluted by many people on social media for being humble despite how rich he is.
Earlier, Legit.ng had reported how Anthony Joshua was spotted at Lagos airport as he pays a visit to Nigeria after many years away from his ancestral home. The former IBF, WBA, WBO heavyweight champion touched down at the Murtala Muhammed Airport in Ikeja, Lagos, on Thursday, July 11. And Nigerians fans were excited to greet their own flesh and blood who hails from the western part of Nigeria in Ogun state.

Cheapest Holiday Destinations You Must Visit in 2019