2019-07-06 14:46:12
A month ago, I took my niece and nephew, twins age 9, to the McLaren Automotive headquarters on the outskirts of London here in the UK. The boy twin happens to be obsessed with Lego and McLaren had just commissioned a full-size Senna Lego car. As we drove through the company gates, around the pond that powers the building and towards the facility, they became visibly thrilled. The two buildings, the technology and production centers, are designed by renowned architect Foster + Partners and are awe-inspiring. They have a sense of theatre, James Bond style drama, like no other car factory I’ve visited. It is the stuff of fantasy, as are the cars produced here. And following a morning’s learning about the art of making winning Formula 1 racing cars and equally compelling road cars, the twins were sold on the brand. The girl even talked of perusing engineering.

Now, McLaren has created a 720S for kids. The 720S Ride-On aims to be as authentic as possible to the adult car. It come with a choice of seven of McLaren’s most popular colors – Azores Orange, Belize Blue, Lantana Purple, Onyx Black, Mauvine Blue, Silica White and Saros Grey. The diminutive car features similar styling cues to the 720S, translating the unique layered design - which tells the story of how air travels over and through this car – and featuring exposed carbon fiber-style elements inside and outside. There are also functioning dihedral doors on the 720S Ride-On, doors that open like wings to the sky. 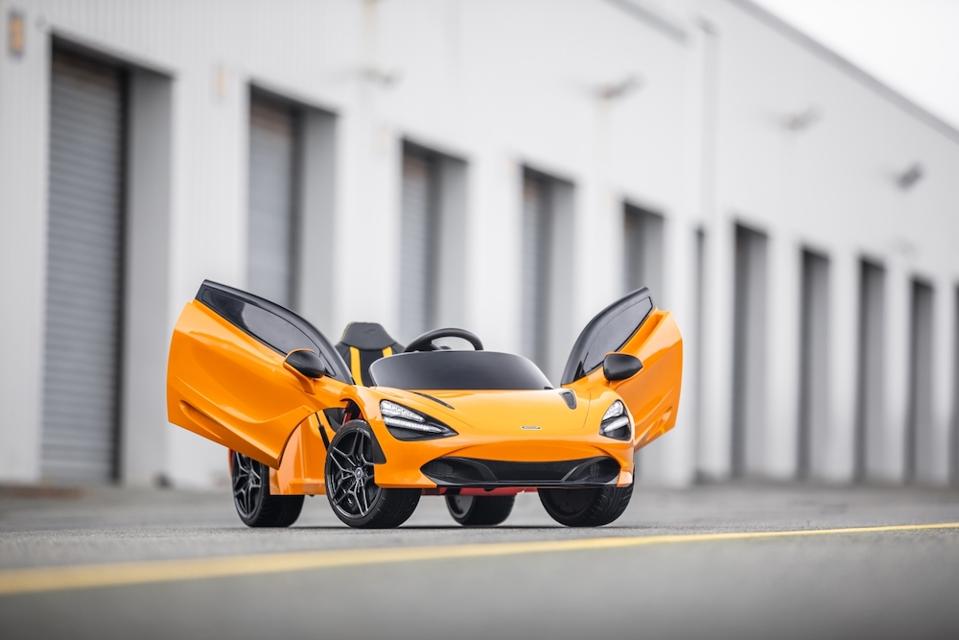 The little car’s infotainment system can play music and your three to six-year-old can watch short movies on the dashboard screen by plugging a USB or SD card into the sockets provided. The kid racecar even comes with a pre-loaded selection of popular songs for under tens. Moreover, a remote control is included for autonomous or parental-control driving mode.

The mini 720S follows on from McLaren’s first officially licensed children’s model of the Ultimate Series P1, the P1 Ride-On. The idea is to woo and wow children at a young age - the supercar world becoming an increasingly crowded and competitive one. The 720S is one of the marque’s most critically-acclaimed cars, winning the World Car of the Year's “World Performance Car of 2019”. This is also a crucial car for McLaren, replacing the company’s first-ever car, the 650S in 2017 in the popular Super Series. Incidentally, the 720S name corresponds to its powerful 720ps (710bhp) of this car which offers an enormous 770 Nm of torque produced by the four-liter twin-turbo V8 engine, a top speed of 212 mph and with zero to 62mph achievable in just 2.8 seconds. 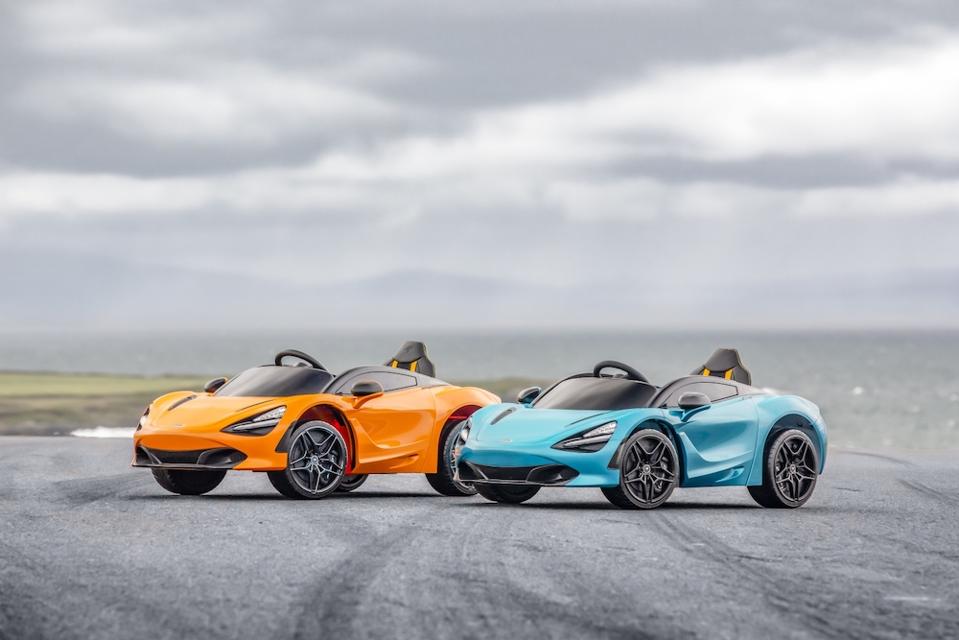 The Ride-On, of course, is not designed to achieve these aims. Yet, it still endeavours to excite the young driver. Like the P1 Ride-On, this 720S is powered by an electric motor operated by a working accelerator pedal and replete with an authentic McLaren engine roar. What’s more, the engine operates with a key, but can also be controlled remotely for a touch of parental control. Lastly, a brake function with brake light completes the 720S Ride-On.

The 720 Ride-On is available later in the year and through McLaren dealers, with an exclusive launch color of Papaya Spark – a touch more affordable than the daddy 720S at just $400.

China Asks US To Cancel Arms Sale To Taiwan

God Is Not Nice and He Does Not Like Nice People (1), By Femi Aribisala