Rip Torn, Actor Known for ‘Men in Black’ and ‘The Larry Sanders Show,’ Dies at 88 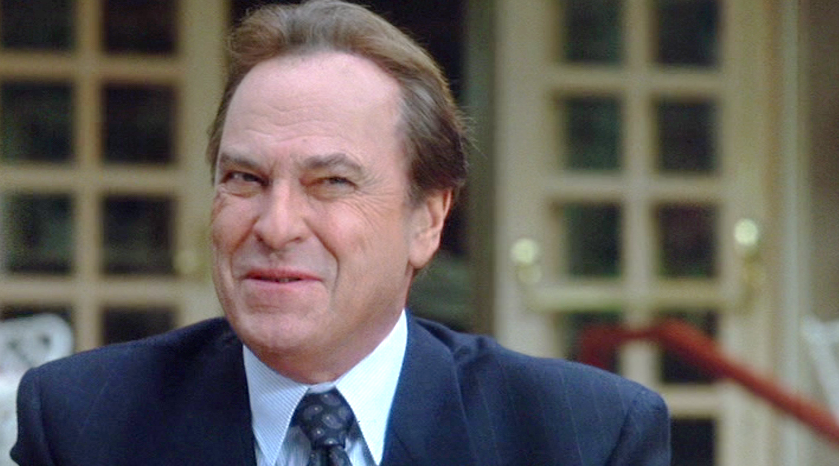 Rip Torn, a prolific actor best known for HBO’s “The Larry Sanders Show” and the “Men in Black” franchise, died Tuesday at his home in Lakeville, Connecticut, his representatives said. He was 88.

In a career spanning more than six decades, Torn established himself as a versatile performer, appearing in 10 Broadway plays (and directing one), more than 80 feature films, and dozens of television shows.

Born Elmore Rual Torn Jr. in Temple, Texas in 1931, Torn studied acting at Texas A&M and the University of Texas, and served a stint in the Army before heading to Los Angeles in the mid-1950s. He made his film debut with an uncredited role in Elia Kazan’s 1956 film “Baby Doll,” before relocating to New York City to study at the Actor’s Studio.

Torn made his Broadway debut in 1959 as part of the original cast of Tennessee Williams’ “Sweet Bird of Youth” as “Tom, Jr.,” a role he would reprise for the feature film and TV movie adaptations. He was nominated for a Tony award in 1960 and received a Theater World award for his performance.

Known for his gravely drawl and sinister-looking smile, Torn excelled at playing shady, amoral characters and outright villains, as in his depiction of the evil wizard Maax in the fantasy film “The Beastmaster.” But he could also project no-nonsense authority, as he did playing the celestial attorney Bob Diamond in Albert Brooks’ “Defending Your Life,” or Zed in the first two “Men in Black” films. And in one of his most celebrated later roles, he combined those attributes in 2004’s “DodgeBall: A True Underdog Story,” as sleazy dodgeball legend Patches O’Houlihan, who delivers one of the film’s funniest lines: “If you can dodge a wrench, you can dodge a ball.”

But it was the 1992-1998 HBO comedy “The Larry Sanders Show” for which Torn will be perhaps best remembered. For playing Artie, the doggedly loyal attack dog of a producer who runs the eponymous show and manages the fragile ego of its star, Torn was widely acclaimed. He received six Emmy nominations, winning once in 1996, and over the show’s run was also nominated for two American Comedy awards (winning one), an American Television Award, and four Cable Ace awards (winning one), among many other accolades.

Reply to : Rip Torn, Actor Known for ‘Men in Black’ and ‘The Larry Sanders Show,’ Dies at 88

Reasons to choose Google Cloud Platform over its competitors

Get to know Halle Bailey, the new Little Mermaid, through her YouTube covers